Three buildings in Munich’s center were saved from certain demolition and rehabilitated on a tight budget thanks to the work of many volunteers. „hirner & riehl architects“ developed the concept for the cultural center doubling as an apartment building for refugees in dialog with residents as they were forming an association. The firm’s architectural mission: to preserve the possibilities and qualities offered by the existing structure while making highly efficient use of available resources. During the rehabilitation process, hirner & riehl persuaded local builders to train refugees on the job. Rather than discard what was found, it was preserved and fortified, and rather than using new parts, time was invested in repairing those already in place. Bellevue Café, a special venue bringing together locals and residents showcases furniture designed by students and refugees. And the triumphant finale came at the end of last year when the rooftop sports facility sitting atop the six-story residential tower opened. Named the Kurt-Landauer-Platz, the court lights up the evening sky above Glockenbachviertel rooftops. 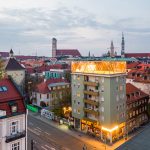 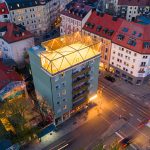 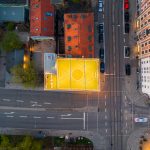 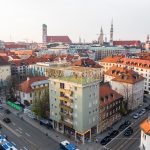 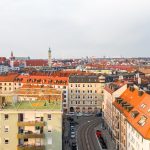 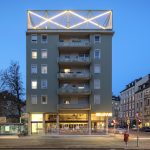 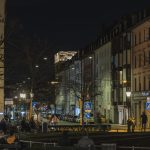 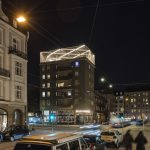 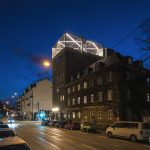 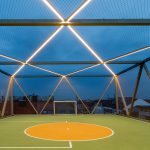 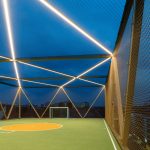 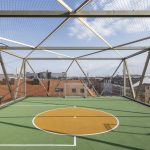 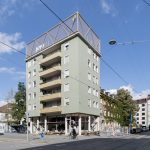 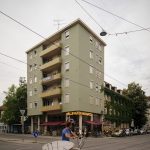 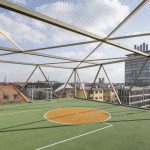 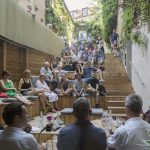 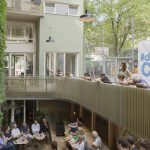 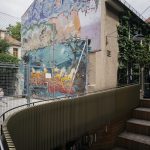 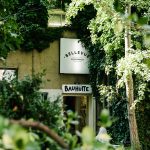 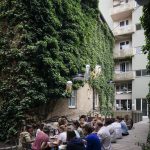 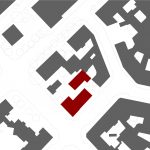 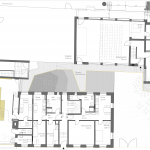